By Jennifer DohertyLaw360 (March 10, 2021, 8:36 PM EST) — The U.S. Department of State announced plans Wednesday to reopen an Obama-era program that allowed minors and young adults from three Central American countries to join family members in the U.S., starting with applicants who had cases pending when the program closed in 2017.

The reboot of the Central American Minors program, for young people from El Salvador, Guatemala and Honduras, coincides with increasing numbers of children arriving at the southern border as the Biden administration continues to roll back Trump administration immigration policies and hone relations with the so-called Northern Triangle countries.

“This program provides a safe, legal and orderly alternative to the risks incurred in the attempt to migrate to the United States irregularly,” the State Department said in its announcement. “The U.S. southern border remains closed to irregular migration, and we reiterate our warning that people not attempt that dangerous journey.”

Established in 2014, CAM allowed legal U.S. residents to bring their children under 21 years of age to the U.S. as refugees or parolees if they established that the child was facing dangerous conditions in a Northern Triangle country. During the approximately three years the program was operative, it reunited almost 5,000 children with their parents in the U.S., according to the government.

President Joe Biden directed the State Department and the U.S. Department of Homeland Security to explore ways to reopen CAM in an executive order last month.

For the first phase of the reopening, the department said its Bureau of Population, Refugees, and Migration, in collaboration with U.S. Citizenship and Immigration Services, would begin reaching out as soon as Monday to parents who had open applications when the Trump administration shut down the program.

“PRM and USCIS have already identified all suspended cases eligible for reopening and will coordinate with domestic resettlement agencies to contact eligible parents in order to verify that they are still lawfully present in the United States and wish to reopen their child’s case,” the department said.

Once parents confirm their lawful residency and interest in CAM, the department’s Resettlement Support Center in El Salvador will begin reaching out to the children and their family members abroad, it said.

The department did not provide a timeline for accepting new applications.

Former Ambassador to Mexico Roberta Jacobson, who serves as a special assistant to the president and coordinator for the southern border, described the CAM restart and the Biden administration’s broader immigration policy as “a process” at a White House press briefing Wednesday.

“We have a great deal to do, but this administration has made significant progress and we will continue to do so. It reflects who we are as Americans, putting our values at the center of our policy,” Jacobson said.

She also fielded questions related to Biden’s proposed $4 billion aid package for Central American countries, which she said would be part of the administration’s foreign assistance request to Congress, as well as a recent jump in the number of children being held in U.S. Customs and Border Protection facilities and reports that they remain there for more than 24 hours than legally allowed on average.

Sidestepping a question as to whether she would call the current situation at the border a crisis, Jacobson emphasized that CAM and programs like it represented efforts to prevent people from traveling to the southern border without authorization to enter the U.S.

And in response to a question about recent allegations that Honduran President Juan Orlando Hernández was involved in a conspiracy to ship cocaine to the U.S., she said “none of the money that we’re looking to get from Congress, from American taxpayers, goes to government leaders.”

She said the U.S. would rely on civil society, NGOs, international organizations, religious institutions and select officials as well as end-use monitoring to ensure that funding is used appropriately in countries where corruption poses a serious challenge.

“We also don’t deliver money in most cases, we deliver training. We deliver new lighting facilities that reduce violence and crime. So a lot of what you do, it’s not handing over a blank check, and I think that’s really important in this,” Jacobson said. 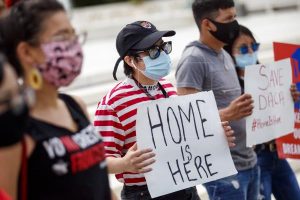 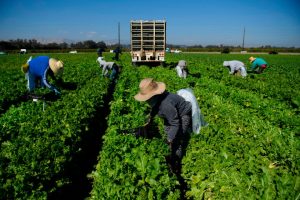 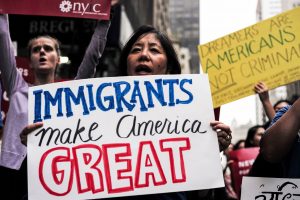