“(The doctor) told me, ‘Your cancer is in stage 3. You cannot play with this,'” said one woman who was allowed to enter. “‘You have to get help now.”

WASHINGTON — A Nicaraguan woman with stage 3 breast cancer; a deaf Central American man who could not understand how to navigate the immigration system; a Cuban man who had not seen his newborn son. All were denied entry to the United States by the Trump administration’s “Remain in Mexico” policy.

Now, under the Biden administration, Customs and Border Protection has granted parole, allowing entry to the United States for these and other immigrants with extreme circumstances as they await their asylum hearings.

The Department of Homeland Security confirmed to NBC News that it has begun the process of granting parole on a case-by-case basis even before the Biden administration officially begins to process the tens of thousands of asylum seekers awaiting entry to the U.S. in cities like Matamoros, Mexico.

“After more than two years developing investigation-based recommendations and policy guidance concerning the civil rights implications of making asylum-seekers wait in Mexico,” a DHS spokesperson said, “[The] Office of Civil Rights and Civil Liberties is working with other DHS components to implement Executive Orders related to DHS asylum and border policies to ensure compliance with civil and human rights protections and considerations,”

“Paroles into the United States conducted by U.S. Customs and Border Protection continue to be handled on a case-by-case basis.”

One official, who could not give exact numbers, said “a steady stream” of parole applicants has recently been allowed to enter the U.S.

The Nicaraguan woman spoke to NBC News on the condition of anonymity, afraid that revealing her identity could lead to harm if she is eventually deported. She fled political violence in Nicaragua and traveled to the U.S.-Mexico border with her then 4-year-old daughter and waited for entry from October 2019 until February 2021.

“When I first got there, I cried too much. Because, first of all, it was so dangerous,” she said. She described hearing gunfire at night as she huddled with her daughter in the home of a woman who took them in. “We didn’t know what was going to happen next.”

One morning soon after her arrival, she and her daughter waited more than four hours on a bridge between Matamoros and Brownsville, Texas, hopeful that they would be able to enter the U.S. and make their claim for asylum. They were turned back.

“I remember when we were walking back on the bridge, [my daughter] started crying,” she said. “She didn’t understand. ‘I thought today was going to be the day I see my Grandma.'” 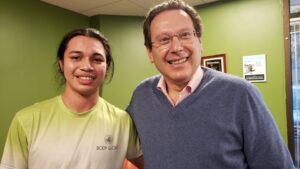 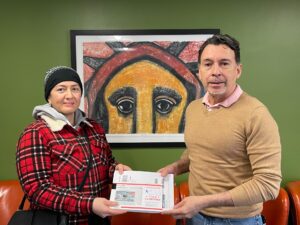 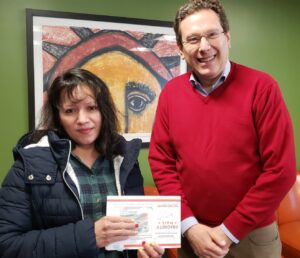